2013: 9th of 13 Things I Want to Know: Have You Considered the Hyperloop and the Fear Factor? 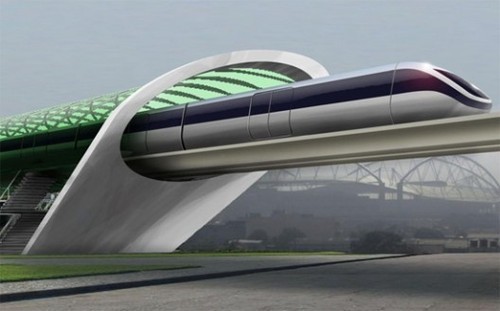 Much hype about the Hyperloop, the radical proposal for extreme high-speed transit from LA to SF in around 35 minutes, using passenger pods in a low pressure air-cushioned tube.  [Here’s a summary article]. Some of the reactions have a negative slant, hinting accusations such as that the inventor purposely underestimated the associated costs, attempting to sabotage the California High Speed Rail project out of malice and motive to profit. If anything, it would make more sense to believe the motive is the wish as a tax payer to see something better put in place. There’s a notion that the self-driving car would render this system obsolete because the long ride would no longer be wasteful of the driver’s time. This last article on Forbes.com IM(not…)HO makes no sense. If the cost of the ticket is not an issue, who wants to spend 5-6 hours confined in a car, when you can reach your destination in 35-45 minutes, then stretch your legs and go have breakfast (not to-go)?  If you don’t have better use of your time, come to this small unpretentious place in Cupertino CA, Coffee Society, where Steve Jobs used to hang out…

There is one aspect, however, of which I see no mention. The blog publication calls for technical commentary and feedback, but we can’t move on without the human factor; or rather, the fear factor. There has been discussion of safety, but that’s not exactly what I’m talking about. There’s also a discussion about vomit and handling a 0.5 G force. That’s still not it. In decades to come, if this writing survives the test of time some might review it and feel pity at the narrow-minded, fearful, primitives that we might prove to have been. After all, it’s the same pity that I felt as a kid, when reading about important inventions of the 20th century: some of those who spoke against the frightful ‘horseless-carriage’ claimed that at 60 kph (a little less than 40 mph) the wind will be so strong it will blow your head off. 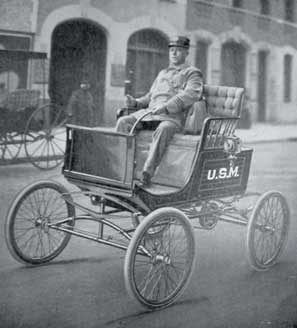 This kind of comment is understandable, considering no one had any experience traveling that fast. We now know that the sensation of your head almost getting blown off only starts when traveling on a motorcycle (as an example) at speeds exceeding 120 mph. When this happens, all you have to do is keep your head as low as possible, behind the windshield. [U.S authorities should not be taking this as any admission that I have, in fact, traveled at such speeds on any U.S highway 🙂 ]

Few of us are thrill seekers, and will try anything even if it gets them killed. More of us will only try it, despite their fears, after it’s been proven for a while. Some of us will never try it. I can only imagine what it felt like, to climb into the first aircraft built after the concept was proved by the Wright brothers, when no one else has done it before.  Not everyone is Felix Baumgartner, the Austrian skydiver who broke the speed of sound in his last jump from the edge of space on Oct 15th, 2012. Not a coincidence, this date was the 15th anniversary of breaking Mach 1 and the all time speed record on land – on Oct 15th, 1997 by ThrustSSC, with engines borrowed from a British F-4 Phantom jet fighter, driven by Royal Air Force pilot Andy Green.  I suppose it does actually make sense that such speeds would be first driven by a jet pilot. This event celebrated in turn another anniversary: it was recorded 50 years (and one day) after Chuck Yeager broke the sound barrier in the air on Oct 14th, 1947.

The plan says that “Beautiful landscape will be displayed in the cabin”, and the cabin will be enclosed in a steel tube, so I take it this means you can’t look outside. Other than acceleration and deceleration, you won’t feel the speed. However, I suspect many people won’t be able to tolerate being enclosed like that for 35 minutes, even if they are not claustrophobic.

What if there were windows, and if the tube had a glass dome? You don’t feel the speed on board an airliner at high altitude. But in this tube so close to the ground you would.  There are not many humans who have experienced traveling so fast, so close to the ground.  I can now only think of 8 such humans.

On June 7th, 1981, eight pilots put the Falcon F-16 on the hall of fame, in the one of the most shocking, daring military operations of modern history. Until then the F-16 was a relatively new wild bird. It was built to be lighter and cheaper, with only one engine, and first to use fly-by-wire. It’s volatile and unstable, but that’s exactly what could make it the most maneuverable fighter, all it takes is an extremely good pilot… and these eight were.  They were loaded to the very last drop of fuel, which had to last for a 1200 mile round trip – 600 miles in each direction. Realistically none of them expected to make it back. The mission was to fly over enemy territory, drop their bombs with extreme precision on target and return, but the target was protected with anti-aircraft missile defense systems. To avoid discovery by radar, they had to fly at extreme low altitude, at times 50-100 feet above ground, at 540 knots, for over an hour in each direction. I can’t begin to describe the nerves of steel that are needed to pull this off, to fly so low, so fast, for so long. Flying so low goes against every instinct. It feels too fast even with a light aircraft at only 100 knots, over the relative safely of flat water…  That flight must have felt like Anakin’s race scene in StarWars Episode 1.

It took a year of secret planning and training, and they did it. The nuclear reactor at the heart of young Saddam Hussein’s Iraq, that was just a few months shy of capacity to ignite a 3rd world war, was destroyed to the ground. When President Reagan got the call, he yelled at the phone: “They did what?!!”  The American cabinet with George Bush at the lead was outraged, but American military commanders called the Israeli Chief of Air Force to thank him. All 8 pilots came home. Elon Musk might be familiar with this story. One of these pilots had a first name of the same roots. It was Ilan Ramon, who later became an astronaut, and was killed with his 6 crewmates aboard the Columbia space shuttle on Feb. 1st 2003.

And now back to the Hyperloop idea. In 1995, Stephen Baxter published The Time Ships, a sequel to The Time Machine by H. G. Wells. In it he describes the view from the time machine, as the traveler passes through time faster and faster.  Cities rise and fall, the sun and moon’s fast movement become bright arcs circling in the sky, and everything else becomes a blur. Would this experience be anything like that? 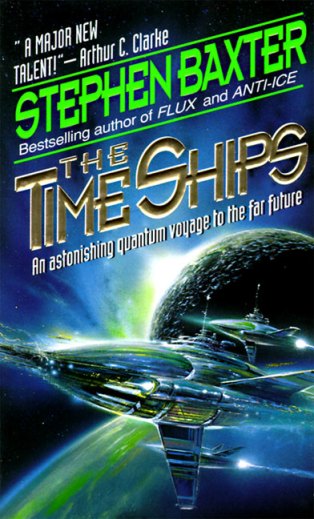 As a society we have a need for speed… and people get used to technology. They want to embrace it, and want to follow the first brave souls who test it. For this one they might need more time. It’s not a two minute thrill ride in Disneyland that you can choose to avoid if you’re getting a headache. It’s supposed to become a means of transportation that people can count on to get them to their business meeting or unite them with their family without causing them a heart attack. It might take more than a one year fighter pilot’s training. I do believe we’ll get there eventually, but there will always be those who won’t set foot on it, just like there will always be Lieutenant Barclay who refuses to use the transporter beam…

Science/tech/space and sci-fi connections; the human experience in the 4th age.
View all posts by Kidmat Eden →
This entry was posted in Human Experience, Tech and tagged Future Transportation, Hyperloop, WPLongform. Bookmark the permalink.

1 Response to 2013: 9th of 13 Things I Want to Know: Have You Considered the Hyperloop and the Fear Factor?