What Would You Take With You to the Past?

This is a time machine (ok, it’s not real, small detail):

And this is the house where Steve Jobs grew up: 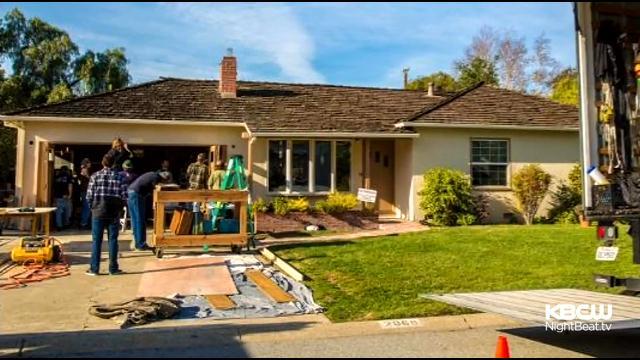 What do they have to do with each other?

The town of Los Altos in Silicon Valley, northern California, saw a lot of activity in June 2012.  Trucks, cranes, giant screens, police cars and neighbors; an entire Hollywood invasion into a quiet little street where Steve Jobs grew up and built the first Apple computer with Steve Wozniak. All for the filming of the movie ‘Jobs’ staring Ashton Kutcher.

Steve Jobs had just passed away 8 months earlier, on Oct 5th 2011. This movie was made to tell the story of one of the most visionary and creative people of our time, who truly changed the world. As I was wandering around I had a thought of which I was reminded again in Jan 2015, when a second movie filming started, at the same location, on the same topic… Twice in a lifetime. How rare. Because this man was rare, and what he created was rare.  I thought about it again this week, so let me spell it out, but first take a good look:

The iPhone is one of the most wondrous objects ever invented; and now with iPhone7, it might survive an accidental cycle in the washing machine…  So here it is:

Of course I would have no cellular service, no GPS services, and no Wi-Fi.  Still, there’s a bunch of things I could do with it to astonish the natives. Until I run out of battery…  I suppose I should take a charger with me.  The first thing I should do before stepping through the portal is brushing up on the basics of electricity and power generation, in hopes I find a way to create a primitive power supply for the charger, wherever / whenever I land.

I thought about a bunch of other gadgets I might have wanted to take instead, but the funny thing is, in the last 10 years the iPhone and other smartphones have completely eliminated the need for those: flashlights, maps or Garmin navigators, music players, tiny portable TVs, game gadgets, cameras, pagers, watches and alarm clocks, and even laptops to write a document. Why would I need any of those when I have my phone?

Wait. The phone can’t walk, but this little guy can show itself around. Meet the runner up:

However, if I must consider something that’s not a gadget, it must a motorcycle. That has got to get a lot of attention, especially in a horse-riding civilization.

The problem is that very quickly I’ll run out of fuel, and getting it in a pre-fuel-based-engines society is labor intensive.  Not a good plan. But since I already solved the power generation problem with the iPhone idea, the only viable solution is to take with me…

There aren’t that many, but the market is rising thanks to the rise in electric cars. This is a pretty cool one from Zero, a 10-year old electric-motorcycle startup from Santa Cruz, CA:

The following one is Empulse TT by Brammo from Talent, OR, now owned by Polaris: 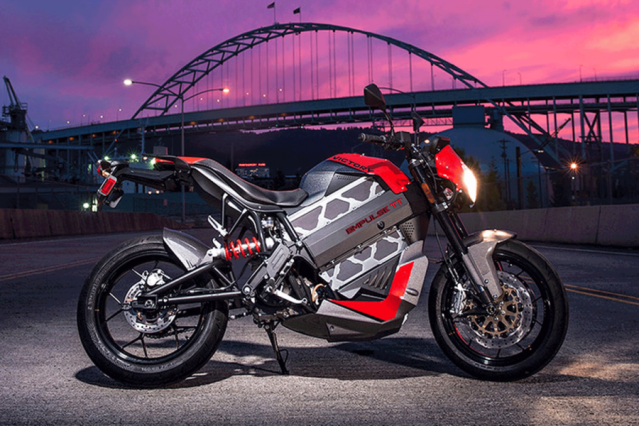 and here’s a beautiful one from a San Francisco startup Mission Motorcycles, that went bankrupt, here’s what they were building, the $30,000 Mission R: 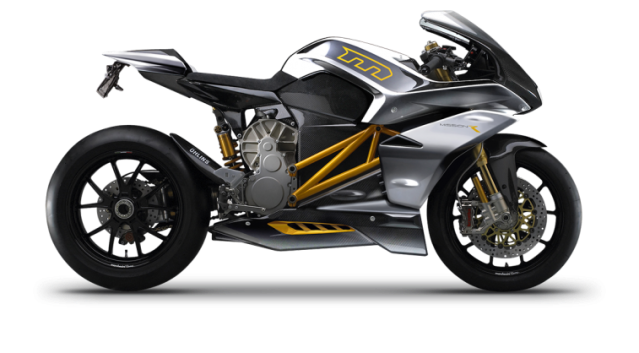 Anyone have other ideas? What would you take with you to the past?

Science/tech/space and sci-fi connections; the human experience in the 4th age.
View all posts by Kidmat Eden →
This entry was posted in Tech and tagged Droid, Electric Motorcycle, iPhone, Time Travel. Bookmark the permalink.