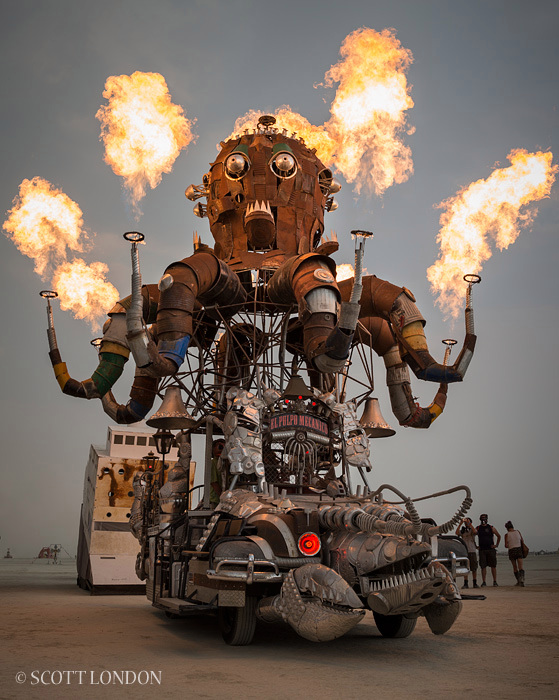 The month of May marks every year a very cool/artsy/geeky event to attend in the Bay Area in Nor Cal: Maker Faire Bay Area. Similar events take place around the country spring-through-fall. Robots, home-made machines, metallic kick-nacks, inventions, wearables and smartables, 3-D printers, digital and physical tech that inspires and ignites curiosity in all, especially young attendees. The above El Pulpo Mecanico is an example of the things you can expect to see.

This year a ‘maker’ conference, hosted by Oracle Corporation in Redwood Shores CA, was started to support the ‘maker movement’, noting the impact in just recent years of trends that have made it possible for it to take flight: crowd-funding makes it easier for younger makers to fund their projects, and companies such as Intel, Qualcom, and many start-ups, make it easier to find basic building blocks to ‘make’. The movement has coined the term M2M (machine to machine communication) as part of IoT (internet of things) – cloud based connectivity of devices that push or pull status and data, and act upon it.

“Hardware is Hard” were words spoken by folks from Dragon Innovation and Blue Robotics. Overcoming this hardship is at the heart of building ‘smart things’.  Founders from Pebble and Spark came to talk about their hardware and software combo, and inspire people with the road they took; and the audience cheered with awe, reassured that you don’t have to be Apple to create great things.

Which brings us to the world of ‘smart wearables’. Pebble is a smartwatch that can connect to smart devices both iOS (Apple) and Android (Google) based, and Spark is an open source operating system for cloud-connected things, using it you can create interfaces to other machines. Using both you can create great applications for Pebble, which is the only way to compete with the emergence of other smartwatches.

What do smartwatches do? You have to remember that they are not yet intended to replace the gadgets we currently carry in our pockets and purses. They don’t have many apps that work on them independently, rather they’re mainly used to display on your wrist notifications and content from the smartphone nearby, using Bluetooth.

While we are waiting for a smartwatch from Apple, Pebble’s competition includes quite a few based on Google’s Android Wear platform. G Watch from LG has step-tracking that encourages people to walk… Nice for fitness oriented folks.

Samsung Gear Live has a heart rate monitor. (both were given free to recent Google I/O conference attendees…) 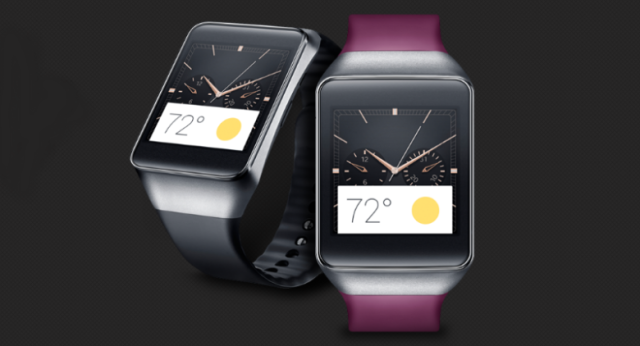 Motorola’s Moto 360 has been delayed for months. Not yet released, it is rumored to have a wireless charger.

Smartwatch applications can extend to the watch from the smartphone, you don’t install them on the watch. The platform allows you to tap and swipe, and drill-down by touch.

The nicest feature is using voice commands to control Google Now – a virtual assistant like iPhone’s Siri. To me this is that part that most promises to bring science fiction into our lives. You can’t yet do ‘Face-time’ by talking to your wrist, but when that happens – soon thereafter  – I hope to see gadgets style James Bond or Spy Kids 2…

Science/tech/space and sci-fi connections; the human experience in the 4th age.
View all posts by Kidmat Eden →
This entry was posted in Tech and tagged android wear, maker con, pebble, Smartwatch, WPLongform. Bookmark the permalink.